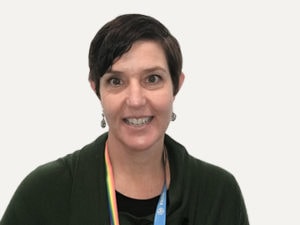 Living in the Clouds: moving a business to Office 365

Foodstuffs North Island had problems typical of many large businesses; an old fashioned culture with inefficient ways to collaborate and communicate, and so much clutter it was close to impossible for anyone to find anything. Foodstuffs explored the problem and many possible solutions including Microsoft Teams, 1Place, Workplace and GSuite. As Office365 was already in use extensively, a business unit and team site approach was chosen, using SharePoint hub sites and Yammer (the plan is to overlay MSTeams in the future if it makes sense).

With no dedicated budget and a ‘done by Christmas’ timeline, Foodstuffs set about creating a tailored template, and rolled it out business unit by business unit, team by team. Change management and training were crucial, with representative roles within each business unit bolstering the core team of three and making a world of difference in winning hearts and minds. Individuals and teams migrated their own content, meaning only what was useful was retained.

In this session you will learn:

Delia started her career as a Forensic DNA scientist and after a stint at Scotland Yard, returned to NZ in 2006 to switch to the IT industry. She takes a scientific approach to process improvement across IT operations and delivery, and is passionate about challenging the status quo. Her role as Digital Workplace Manager at Foodstuffs North Island saw her focussed on developing simpler, smarter ways of working, and driving communication and collaboration. She recently moved to Watercare, and is currently working on streamlining and simplifying process and ways of working. People underestimate how much work and prep is needed before rolling out #Office365. Delia’s slide on their roll out plan is proof. The planning and prep is critical reason why their move to cloud was a success. #DEX2019 pic.twitter.com/NL8j3Pl7ZL

Produced by Step Two, DEX 2019 is all about bringing great digital employee experiences to the modern workplace. Revel in two streams of presentations, with 24 great speakers from Australia and internationally.
Learn more