The mobile intranet: let’s get started

Businessman and phone from Shutterstock

Australia has one of the highest penetration of smart phones in the world, ranking number six, ahead of the USA, the UK, Canada. Increased mobile phone penetration and the coming of age of smart phones has heralded a new age of multi-screen use. Users are attached to a screen through the day and into the evening, usually accessing more than one screen at a time. We have heard the phrase that ‘thumbs are the new fingers,’ and ‘swipe is the new click.’ If internet-savvy marketers have been shy of adopting mobile solutions due to the increased cost of mobile, what will this mean for intranet managers and internal comms staff who often struggle to find budget for even the smallest change?

Increasingly phones are being used by employees as workarounds to organisational lock downs of their favourite sites. Not only are they being used to access social media sites such as Facebook, they are also being used to access work-related sites that have been blacklisted. Employee frustration at not being able to access key communications systems such as email and the intranet through their smart phones is escalating and at the same time, there is an organisational lag when it comes to a mobilised digital offering.

Increasingly we are ‘always on, and always connected,’ and hungry for bite-sized, snackable pieces of infotainment. Smartphones and the associated applications and technology have brought built-in or at the very least ‘easy-to-access functionality’ that can be used for easy advantage at low cost inside organisations.

Smartphones have extended our working day, and are one of the key platforms for reading and responding to emails and connecting to colleagues. This is particularly the case for city commuters who begin and end their day on public transport with a mobile phone in their hands. 41 per cent of all email marketing is now read on a mobile device. Savvy communicators can utilise this to send communications out at these key times when users are most likely to take in and respond to communication.

The cost of mobile

The proliferation of devices, operating systems, and the minor and major versions of all, renders a native-app approach untenable. Users themselves have moved away from all but the ‘can’t live without’ native apps. Responsive mobile sites have been superseded by mobile-first designs, which at least for now seem to be the way forward. A mobile-first approach uses the notion that it is easier to design for desktop, so design for the smallest and most difficult device and scale up. On the downside, this approach will triple the cost of both design and development.

For organisations that cannot foot that bill, the priority should be to design for all and build what you can (for now). In this way organisations will begin to form a future-proof mobile framework.

Organisations are looking to their intranets to help support activity-based ways of working. While this can be a good opportunity for intranets to realign with the latest organisational imperatives, teams often fail to fully realise the technology available to them. Unlike other devices, smart phones are very personal; highly personalised and are typically within arms reach of their owner at any given time.

In a working environment that is devoid of permanent seating, smart phones may well be the key to finding the right people to connect to, at the right time. Imagine holding up your phone in a large room and scanning the crowd to find the person you are looking for by name or title.

As the most-used item inside organisations, a logical extension of this is the staff directory itself. Information could be overlaid to provide a rich, interactive and easily accessed mobilised staff directory.

Regardless of the increased spend an integrated mobile strategy might take, organisations who ignore this will certain spend down the line and be playing catch-up. Smartphones are an integral part of the digital economy and no digital ecosystem can ignore them and expect to survive. What are you doing for your smartphone users? 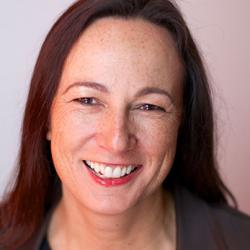 Cairo is an alumni of the Step Two consulting team, having worked on a range of intranet projects. Six keys to the digital workplace 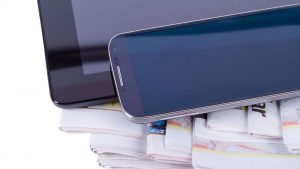 Elements of a mobile enterprise strategy