The way the world communicates is going through an enormous (and sometimes painful) transformation.

Newspapers and other printed media are going out of business. YouTube is the preferred source of media for many in younger generations, and YouTube stars are making millions. Twitter is now used to communicate government decisions, ahead of formal media briefings.

This article outlines a simple, yet powerful, digital channels framework that can be used by internal communicators.

#InternalComms has many digital channels on hand, but what’s the right strategy?

The starting point for any internal communications strategy is a set of fundamental guiding principles.

However news is communicated, messages must be:

These principles remain every bit as important, even as new digital channels are introduced into organisations.

Even in this digital age, #internalcomms must be authentic, relevant and timely

Every organisation should have a clear internal communications strategy that outlines which channels to use, for what and when.

In the past, this was relatively simple: email was the primary channel, supported by the intranet and perhaps printed newsletters.

The explosive growth of new digital channels has muddied things, even as it provides new opportunities for internal communicators.

To help with planning, it’s useful to draw on an overall digital channels framework, that encompasses four major categories:

This article will explore and provide examples for each of these channels.

This is the original and still most-used internal communications channel.

In many organisations, all staff emails are still widely used, and they have the advantage of both simplicity and reach. The corporate intranet is then the most visible delivery mechanism for broadcast messages. Intranets can provide a rich and well-structured channel for broadcast communication. Screenshot courtesy of MMG.

The Green Room at HEINEKEN is an award-winning example that blends both internal and external communication.

This example from PayPal is also particularly delightful:

News can be delivered to mobile devices, which ensures that messages are timely. It can also support a broader readership that includes field and frontline staff who may not have access to desktop PCs. (And perhaps: should mobile be considered the primary channel for internal comms?) Broadcast internal communications should be delivered to mobile devices in a rich way. Screenshot courtesy of Commonwealth Bank.

Broadcast communication is rounded out with the use of digital signage placed in highly trafficked areas of offices and field locations. Digital signage should be included in an internal communications strategy. Image courtesy of Jemena.

Messages can be pushed out to the entire organisation, while giving staff an opportunity for their voice to be heard. Communication teams can encourage this behaviour, with the objective of strengthening staff engagement.

The simplest way to achieve this is via commenting on news, which provides a way of ‘easing into’ more extensive interaction. Commenting on news is a great way of strengthening a sense of community. Screenshot courtesy of YMCA.

Likes and star ratings can also help internal communications teams to understand which messages are the most valuable and interesting for staff. This intranet has multiple forms of two-way communication, including star ratings and comments. Screenshot courtesy of IMF.

Collaboration and social tools are about enabling peer-to-peer communication and knowledge sharing. The conversational style of interaction is very effective at deepening staff engagement and increasing business productivity. Internal communicators clearly can’t ‘control’ collaboration spaces, and nor should they try. They can play a valuable community manager role, facilitating conversations and encouraging adoption. Active engagement in these spaces also lays the groundwork for folding collaboration into the larger internal communications strategy. Social and collaboration tools can be used to distribute corporate news. Screenshot courtesy of Virgin Trains.

The final digital channels leaves nothing to chance. Using a range of technologies, messages can be pushed directly to staff, straight into their working environment.

This could involve a number of approaches, including:

This channel is largely dominated by product offerings that sit alongside existing channels, such as the intranet and collaboration tools. While powerful, it needs to be used sparingly, lest users rebel against constant ‘interruptions’.

There’s a new world of digital channels for #internalcomms success, so make the most of them!

Plan your pathway to success

There are four channels to consider when planning internal communications strategies:

A mix of these channels will be needed in most organisations, with a clear model for what is used when. The changing face of technology must be factored in, and the role of the internal comms team decided.

There’s a new world of digital opportunities, so make the most of them!

Catherine Grenfell was the founder of the Step Two Forum, and was its full-time manager for over a decade, working with teams around Australia. Her focus was always on helping intranet professionals build their skills and knowledge, as well as connecting them with others. 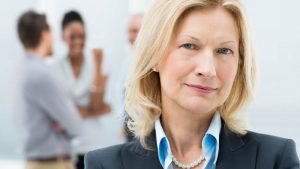 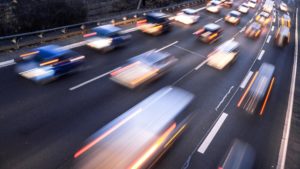 The most important thing: keep your intranet moving forward