Home » Articles » The ideal size of an intranet team The ideal size of an intranet team

Group working at an office desk from Shutterstock

Intranet team sizes, skills and capacity vary around the world. At a media company, one experienced intranet manager runs a very successful intranet, with a small amount of assistance from IT. At a major government department with 12 people in the team, the result is a fairly status quo intranet. So what is the optimal team size to ensure a useful and evolving intranet?

This article outlines the key resourcing requirements for successful intranet teams. In most cases intranet resources are made up of a core team working in conjunction with other areas of the organisation. The core team is responsible for a holistic view of the intranet and the other areas contribute specific expertise.

To establish the right mix of resources across the organisation, some basic assumptions need to be established. For example, a typical set of parameters might include:

The resourcing required for an intranet team is also strongly affected by how easy it is to publish and share content. The existing technology (or lack off) often dictates the essential components of the core intranet team, IT resources and author numbers.

The size of an intranet team changes as capability grows

The first responsibility of an intranet team is to have a strategic vision for the intranet. This vision will constantly evolve and will generally be based on the organisation’s current drivers and on innovations in the emerging field of intranets.

Achieving the vision requires the core team to deliver a framework to operate within. This can include a range of aspects, such as:

Beyond these essentials, the core team will influence and work with other areas across the organisation to:

Whether the organisation has 100 staff or 100,000, this overall focus is essential and generally requires at least one person in most organisations. The team size may then grow, depending on how many operational duties are allocated to the core team.

More details on success factors for the core team are included in an earlier article What do successful intranet managers have in common?

Nowadays the intranet is rarely viewed in isolation and other tools such as collaboration and document management systems provide enormous opportunities for staff. As the digital workplace emerges, a successful core intranet team also needs to be familiar with all of the information systems used by staff. This will have an impact on skill sets and team sizes.

One person alone cannot have all the required skills

Where does the intranet team fit into the organisation?

Intranet teams sit in IT, communications, marketing and many other different areas. At this stage in the evolution of intranets there is not an established area where the intranet team ‘belongs’.

As the intranet involves staff throughout the organisation, the best fit is where the team can:

Many intranet teams are also responsible for their organisations’ websites. This is often a legacy of using similar back end technologies or a logical alignment of skill sets. In reality this means the intranet is often the poor cousin and managed on a ‘business as usual’ basis at best. The most successful intranet teams have separate identities and are not restricted by competing with websites for attention and effort.

We also often see intranets becoming victims of their own success, resulting in their being poached and moved to other areas. This is not a problem if the underlying points above are addressed, and such change may be part of the natural evolution of intranets.

The next key factor in team size is determining whether the team is able to make incremental ongoing improvements or if the intranet is restricted to project funding.

Many organisations approve major projects to implement new technology and/or design and migrate content. At launch the intranet is shiny and new and all is well. Then with no ongoing resources or attention the intranet falls into disrepair and a few years down the track the big intranet redesign project is launched again. Many organisations have followed this expensive model over the last ten years.

It’s similar to laying out new beds in the garden, with everyone excited to do the project, buying all the edges and plants, digging holes and planting and very pleased when it all looks great when you are finished. Then organisations expect it to be functional and perfect for the next 20 years without any weeding, watering or pruning. It’s no wonder it becomes a weedy mess.

More on this is discussed in an earlier article How to make this your last big redesign.

A more sustainable way to manage the intranet is to have the resources within the team to continuously deliver incremental improvements. Having sufficient resources means there is at least one person with the aptitude for research, and the ability to design and deliver. The starting point for most organisations is one business analyst position.

Content management is one of the key determiners for size

Content remains one of the most time-intensive ongoing tasks of any intranet.

There are five basic models:

Refer to our earlier article on Five intranet publishing models.

Fully centralised publishing will require the most resources. We have seen intranet teams ranging from three to 12 people using this model. At the opposite end of the spectrum, where everyone is an author, the numbers needed in a core team are minimised.

The most common model we see is federated publishing, where the home page and key landing pages are managed by the core intranet team and the rest of the content is managed throughout the organisation. This model usually needs one to two people in the core team, with skills in writing, publishing and ideally graphics. In this model, the core team staff supporting content also have an important role in empowering the author community.

Supporting and empowering publishers after the implementation of a new CMS can be a full-time role, but as the system is embedded and self-help modules are developed the burden of supporting publishers is lessened. Where distributed publishing exists, all efforts put into making publishers self-sustaining will free up time in the core team.

As a rule of thumb, if you have more than 100 active authors, an average CMS and basic instructions, a dedicated full-time support person will be required.

Refer to our earlier article How to empower authors.

Some organisations are achieving success with a newer model where common tasks across the organisation are written and maintained by the core team. This has seen significant improvement in the quality of intranet content and generally equates to one full-time writer.

IT resources are an essential part of successful intranets

All intranet resources are impacted by the available technology. An easy-to-use CMS will minimise publishing queries. Those organisations with no CMS generally have larger core teams with specialised skills. Most organisations sit between these two extremes and have one or two technical IT staff supporting the intranet on a part-time basis.

Even if the core intranet team is based in IT, the developers can still be in another team or external, not within the core team.

The technical support required will be unique for each intranet. Some core intranet teams sit within IT and have easier access to IT resources, others do not. Defining responsibilities and sharing capabilities between the core intranet team and IT is often a delicate dance. The key is to ensure that the level of technical support is appropriate for your intranet. This may mean that IT capabilities are also sourced from external vendors, adding another level of complexity to the mix.

Some of the key success factors in working with separate IT teams are:

Time and time again, core intranet teams that include an experienced developer are able to progress the intranet much more quickly and easily than teams that need to engage IT developers.

The benefits of having a developer in the core team are ten-fold. Their focus and reason for being is all about the intranet.

One of the best intranet teams we’ve ever worked with had three people in the core team.

One person focused on the overall running of the intranet and building relationships throughout the organisation. The second team member’s responsibilities centred on managing high level content, training and nurturing the content community and resolving technical CMS issues. The third team member had an analytical and curious mind and focused on designing improvements and working with the two IT developers to implement these.

This team was well supported by four to five site owners, about 200 authors, a responsive, skilled IT team and a budget. It was a great example of how the core responsibilities of an intranet team can be covered by a highly skilled and focused small team.

Intranet teams vary in size, but the core team needs to have the skills to deliver and the capacity to influence all the related parties across the organisation. Intranets do not run on thin air.

There are no magic answers about what size your intranet team should be however achieving a useful and usable intranet takes time, effort and resources. A good core intranet team is able to focus on delivering visible improvements and improving the intranet behind the scenes at the same time.

At least one dedicated person is needed in most organisation, the rest of the resources will depend on the variables outlined in the article. The intranet team will change overtime as the capability of the intranet is realised and the operational tasks are minimised.

Catherine Grenfell is the ‘super-connector’ at Step Two, and it’s her job to know who’s doing what in the intranet, digital workplace and digital employee space worldwide. She is the full-time manager of the Step Two Forum, bringing teams together to share insights and experience. 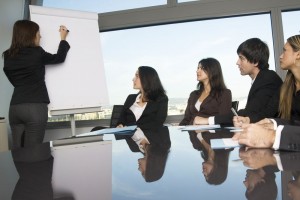 An outline for intranet author training 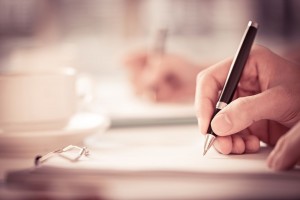 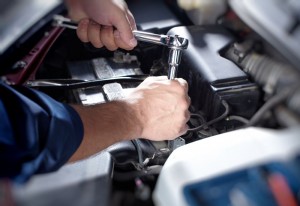