An intranet can be thought of as having five purposes or roles, the first four of which are generally well accepted:

The fifth purpose, is to reflect, influence and help shape culture.

Organisational culture is often expressed as ‘it’s the way we do things around here’, though this is a less than satisfying explanation.

More helpful is to think of culture as being to an organisation as personality is to a person: essential, unique and difficult to define but surfaces at the point of interaction and shapes the experience of the relationship. A strong culture may only require a single (delightful? belittling?) interaction to inform a staff member, or indeed a client, as to what the organisation’s defining cultural characteristics are.

More generally, culture emerges from the sum total of interactions and organisational relationships.

These cultural outcomes can be influenced by very tangible factors, such as:

Culture: ‘It’s the way we do things around here’

Culture is also conveyed and sustained through intangibles such as day to day workplace activities. These include:

The intranet and culture

Though intranet teams are not entirely responsible for driving the culture, their part is often very visible. They may be asked to play a role in resolving, changing or championing certain cultural outcomes. Looking at some of the more challenging tasks asked of the intranet from the perspective of culture, helps to clarify this ‘fifth-purpose’.

The cultural challenges faced regularly by intranet teams that we examine here are:

Social environments, by definition, are about groups and organisational groups have the same drivers as non-organisational ones. Tendencies to favour those within the group you identify with is hard-wired behaviour, so the development of silos is completely natural. Silos can be based on geography, specialist discipline, department, rank or some other organisational grouping.

As there are factors that work to amplify group differences and in turn reinforce silos, by extension, there are a number of things that can be done to erode silo boundaries.

For example group members are more likely to work with those outside their group when they:

Intranets generally emerge from a need to centralise information and heighten visibility across the organisation. The specifics of how this operates will depend on the organisation but starting points include:

This highlights why a comprehensive directory is so important. Other more systemic aspects of the intranet also play an important role. For example, do project and team sites exclude outsiders for good reason, or just because they are outsiders? Heightening visibility across teams will engender openness and trust whereas making people feel excluded convey messages that strengthen silos.

The degree of openness on the intranet can send strong messages to staff. Encouraging a ‘default-open’ policy where staff can access material of other teams conveys the importance of transparency throughout the organisation.

Some of the ways the intranet erode silo boundaries include:

More subtle forms of siloing can also happen. For example:

Remembers though, that silos might be a very legitimate cultural component where confidentiality or security needs are paramount. But even in these instances, while specific content might be locked down, information about teams and their members need not be. Using organisational goals is a powerful way to unify groups (called ‘circles’ here) from different organisational areas. This ‘circle’ unites staff from across the organisation through discussions, suggestions and activities that support customer outcomes. Screenshot courtesy of Stockland.

When it comes to intranets, silence is rarely golden, but particularly when staff feel they have nothing to contribute.

The group behaviour that underpins silos discussed above also works to sustain silence. People feel safe in the group, and remain quiet lest they get noticed and singled out for unwanted attention. Staff who are reluctant to participate openly may fear:

This means that to encourage people to contribute they need to feel safe. Without a doubt, the single most effective way to get people to participate is to provide encouraging feedback, not every time, but early and on an ongoing basis. This feedback may need to be deliberate and structured at first, but if done well can become a virtuous circle.

Evaluate your current intranet by asking:

Some ways to sustain contributions include:

Collaboration is less about tools and more about relationships Collaboration is not a set of tools. It is a set of relationships that need to be seeded in the culture, nurtured and only then can the rewards be reaped.

Participating in a social way helps employees build connections, get to know what others are working on and spot opportunities to contribute beyond social commentary and small two-way interactions. But before diving headlong into collaboration solutions, you need to ask how these solutions will address real needs and issues in the organisation.

Start by identifying where collaboration is already happening:

Examine how these are working and what the essential enablers are but also what constraints hamper better collaboration.

The organisation itself often hampers collaboration by design. Well formed, focused, cohesive operational groups embedded in a strong hierarchical structure may deliver on existing operational requirements, but may struggle to engage collaboratively across the organisation.

We have already seen how the intranet can work to narrow the distance between silos, and foster participation. With collaborative initiatives it is not enough to provide a generic suite of tools. Technology tools by themselves will not remove collaboration roadblocks, but well chosen ones, as part of a broader strategy can work well.

Alongside collaboration comes innovation which often emerges when traditionally disparate and disconnected entities begin to collaborate. Whether this is manufacturing and sales departments, or seemingly unrelated university faculties, innovation requires more than the sharing of messages and documents. It’s about sharing ideas, passion, solutions but also sharing space, resources, glory (and failures).

The environment needs to be understood, and the tools enabled and crafted to addressing the specific needs and challenges represented by the different teams.

4. Keeping the organisation ‘on message’

Who are we as an organisation? Organisations put significant effort into crafting their external identity but what staff see from the inside is rarely so composed. Even organisations that appear monolithic with single rigid identities are more often seen internally as federations of related and sometimes independent entities.

Like other cultural elements discussed, the intranet operates alongside strong organisational drivers. Internal cultural identity is closely associated with leadership. This is less about telling people what to do, and more about clarifying where the organisation is going, and perhaps most importantly why it is going there.

Intranets generally see a great deal of emphasis placed on leadership in a very explicit way through executive messaging. But keeping the organisation ‘on-message’ in this way will be difficult if the visuals of the intranet are sending powerful contradictory messages.

What does your intranet(s) tell staff about the organisation?

The intranet won’t create great leadership but it can make it more visible. Brand, identity, structure, order and style are strong visual cues that can help unite and bind an organisation together. Helping staff stay ‘on-message’ does not have to mean ‘one message’. This intranet shows organisation-wide messages (left), are not more important than team messages (centre) with topics of individual interest (right) equally prominent. Screenshot courtesy of Coca-Cola Enterprises.

Change is difficult in any organisation, but this article provides a framework within which to understand how an organisation’s culture is likely to support to change.

this would suggest an organisation that is change ready.

One of the most powerful change drivers is peer influence. People want to fit in and be accepted – they do this by emulating what they see around them. If the organisation has long been sending messages that reinforce and support change readiness, then when change comes it will be resisted less.

There is no ideal culture but there are ideals worth pursuing

If your organisation is struggling with change, perhaps a review of the preceding cultural elements can provide clues as to where, over time, improvements can be made.

If your organisation is struggling with change, perhaps a review of the preceding cultural elements can provide clues as to where, over time, improvements can be made.

Remember though that the intranet and its supporting team can only do so much. Taking on cultural challenges alone without the full support of parallel initiatives across the organisation are likely to be immensely challenging at best.

The road to cultural improvement may be long, but you must start from where you are now rather than trying to attain some perceived ideal in a single step.

Also, there is no single ideal culture since the nature of a business, the roles that predominate, and the operating environment all determine what culture will help the organisation to flourish. Attempting to transplant cultural elements from other organisations needs to be done with caution.

However, there are some cultural ideals that are worth pursuing. These are characterised by a work-place where:

By all means strive for the cultural elements that will work best for your specific business model and environment be it social or otherwise, but ensure that staff needs remain central to any planned changes.

Addressing staff needs by attending to the other four intranet purposes of content, communications, collaboration and activity will in turn support the cultural outcomes you are trying to achieve within your scope of influence. 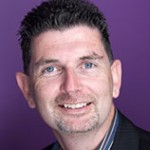 Steve Byrne is a specialist in knowledge management, combining this with years of experience as an organisational psychologist. As a senior member of the consulting team, Stephen works with organisations to deliver successful intranets and to resolve information management challenges. 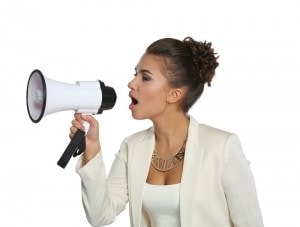 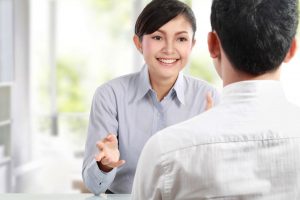 No collaboration without communications