Make sure your new SharePoint intranet really is easy for staff
Written by: James Robertson

“Helping staff do their jobs” is the primary purpose of most intranets. Yet this is only achieved when staff can quickly and easily find what they need on the intranet. And too often, this isn’t the case.

Staff frustration with the current intranet is a major trigger for a redesign, particularly when the intranet has undergone a long period of organic growth, leading to a sea of content and inconstant navigation.

Technology changes are also a common trigger for an intranet project, whether moving to SharePoint, or from one version to another (such as from 2007 to 2010). While these projects can deliver valuable new functionality, producing an easy to use intranet can be lost in the technology complexities.

Great intranets don’t happen by chance, and these are our top three tips for delivering a SharePoint intranet that really is easy for staff:

SharePoint can do a huge amount, and the temptation can be to launch every feature on day one. While much of this functionality can be exciting, and potentially valuable, it can also be overwhelming for general staff.

Intranet teams must therefore have a clear focus on the key functionality to launch with the new site, and to resist adding new features as the project unfolds.

For example, homepage personalisation is a core element of SharePoint, but with 5-10% adoption being common, perhaps it isn’t the first place to start. Similarly, the full document management functionality can be transformational when compared to documents on share drives, but it takes some getting used to. MySites are also an unfamiliar tool for many staff, and may require training and support to be widely adopted.

If in doubt, launch less rather than more. Plan to then add functionality over time, as staff become more familiar with the technology platform.

Projects can easily fall into one of two design traps:

“Design by opinion”, where staff are asked what functionality they want on the intranet, and are encouraged to provide feedback when shown draft intranet designs.

“Design by stakeholder”, where senior and middle managers drive the scope and design of the site, on behalf of their staff.

Neither of these approaches deliver an intranet that is easy for the staff that count: those that do the actual work in the organisation. In fact, following these approaches is why the current intranet (the one that’s being redesigned) was so hard to use in practice.

Instead, projects should follow a robust “user-centred design” approach. This involves staff in the design process, and conducts tests with staff to check that the site will work in practice. Common techniques include:

These techniques are all simple to use, and can be done by non-specialists. They put structure around the design process, and result in effective navigation and page layouts.

(For more on these techniques, obtain a copy of Designing intranets: creating sites that work.

3. Promote and communicate what’s being delivered

If the goal is to change how staff work, promoting and communicating the changes becomes paramount. The more unfamiliar the functionality (such as MySites, team sites, or document management), the more staff need to be educated on why it’s valuable, and how to use it.

This communication and education can come in many forms. The work done by Transfield on SharePoint training remains a great example. Teams are also using videos to promote the new intranet, focusing on new feature and benefits.

This is a great example from Holland:

However it’s done, set aside time to keep staff in the loop, and to help them through the move to an unfamiliar new intranet.

It only takes a little extra work

… to have a big impact on how easy the new intranet is to use. By focusing on staff needs and keeping it simple, it can be quicker and less costly to develop the new intranet. Following a lightweight user-centred design methodology can add only a few weeks of extra time and effort, which is a small part of a typical SharePoint intranet project.

After all, why deliver a new intranet if it still won’t work well for staff? This time, let’s get it right. 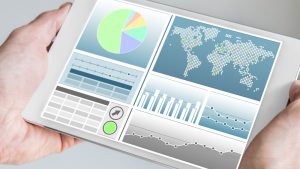 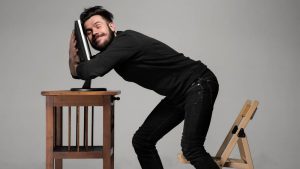