We’ve recently been doing some interesting knowledge management work with a large law firm, and I thought it would be interesting to share some of the process.

We were called in to conduct some needs analysis research with staff, to build up a clear picture of working practices, needs and issues. This evidence would then be used to guide the review (and then implementation) of an existing knowledge management strategy.

The process started with one of our team (Patrick Kennedy) conducting three days of interviews with staff from a range of areas and levels. These interviews focused on how staff worked, targeting specific areas that were known to be of interest to the KM team.

This initial round of interviews generated some useful findings. More importantly, they were used to tailor the set of questions to even better target specific issues. At this point, the existing knowledge managers (and other team members) were then brought into the process, to conduct a second (and wider) round of interviews based on the updated questions.

Staff from across Australia were involved in the second round, and over 60 interviews were conducted. Each of the KM team members took their own notes, to help them remember key details afterwards. The challenge was then to pull together this huge amount of research into a single set of coherent results…

This is when the fun really began.

A two-day facilitated workshop was organised with all those who conducted the second round of interviews, with the goal of drawing out the key findings and getting them documented.

Before the session, each of the participants had been given homework to identify the top ten:

We then started the session by getting everyone to write down their findings and observations onto sticky notes. Each team member also got 20 minutes to talk through their overall findings.

Affinity diagramming was then used to pull together these findings and issues into coherent groups. After an hour or two, we identified some clear patterns and groupings, as shown here (the groups were later labelled):

We also used the Microsoft Product Reaction Cards (Word document) to explore how staff in the firm currently viewed KM, and how we wanted them to view KM. This proved to be a good break in the proceedings, and it identified some important characteristics of a successful solution.

Once we had up the overall shape of the findings, it was then down to defining and documenting each specific finding. This took us another whole day (with a little left to do), generating a good thick pile of flip-chart paper.

Overall, the process has proven to be very enlightening, highlighting a number of key issues that are impacting on the success of knowledge management at the firm. It’s also been amazing to see the degree to which the KM team is willing to explore the really challenging issues, even though they have the greatest invested in the current approaches.

There’s much more to do yet, but this has proven to us that it’s possible to get a broad team to conduct user research and still deliver a coherent set of results. It’s also reaffirmed the value of “in the field” research, both in terms of identifying unexpected issues, but also its ability to shape the direction of overall KM strategy. 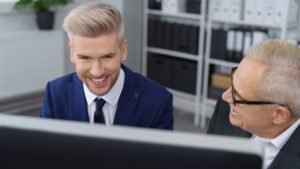