Intranets always partly reflect their organisations’ cultures, and they mirror the companies they serve through content, processes, and contributions from employees.  The best intranets are not only deliberate aligned with their organisational culture,s but also seek to shape and influence it, celebrating the positives aspects and encouraging employees to feel proud about where they work and what they do.

Intranet should not be dull and lifeless, but engaging and lively.

Intranet do this in a variety of ways including:

The winners and other leading entries in the annual Intranet Innovation Awards show that much can be done to help bring company values and culture to the fore.

One of the aims of the Awards is to showcase examples of successful approaches and practices which can be applied by intranet teams within their own organisations.

These are some of the real-world examples from recent award entrants: Recognized and defined values and behaviours are taken seriously by organisations as a way of emphasizing and promoting the successful parts of their culture.

To raise employee awareness of the four values (Optimism, Collaboration, Innovation and Rigor) a “Values Resource Center” was created on its intranet. This contained a description of the values, videos, stories and other resources. There was also a peer recognition system called the  “L.O.V.E. Machine” (L.O.V.E. standing for Living Our Values Everyday) where employees can post stories about other staff exhibiting values-related behaviour. DuluxGroup’s intranet homepage with the Pin Board facility. Screenshot courtesy of DuluxGroup.

DuluxGroup, a manufacturer and marketer of decorating products based in Australia, was going through a merger and wanted to emphasize the firm’s values and organisational culture.

An intranet redesign was seen as a key part of the firm’s communication and integration strategy. A new, lively and colourful design also included a “Pin Board” feature. Clearly influenced by Pinterest, this features stories about employees, diversity, community activities,  as well as prominent issues such as safety and other topics.

Each story is marked by an icon which links back to one of the firms values and behaviours such as “Innovate and Grow” and “Walk in the consumer’s shoes”. There’s no mistaking which organisation this intranet belongs to!. Screenshot courtesy of Sesame Workshop.

Using strong imagery and distinctive branding, as well as characters can help to emphasize company culture.

The Sesame Workshop is the non-profit educational organisation behind Sesame Street.  With such a strong set of recognisable characters on the program, it seemed only natural to feature them more prominently in the organisation’s portal redesign.

This helps to reflect Sesame Workshop’s culture; showing the “fun nature” of the characters as well as reminding employees of its educational mission which are delivered by the characters. Sparke Helmore Lawyers is an Australian-based law firm. The intranet (named Basil) provides a constant reminder of the company’s history, as it’s named after Basil Helmore, the firm’s founder.

When the intranet went through a redesign, an illustrator was hired to create a memorable image which captured the spirit of the original Basil. This help to give the intranet some personality. Corporate social responsibility initiatives which involve employees and benefit local communities are a popular staple for intranets, and can be both popular with staff and management.

2011 Gold Award winner Arup ran a vibrant intranet microsite dedicated to the “Amazing Race”, an internal charity and fitness event which benefited SportsAid.  Competing teams took part in exercises with their progress (calories burnt) represented as a placeholder on a world map. Being able to chart their progress against other teams helped to accelerate employee involvement in the Amazing Race.

(This post was written by Steve Bynghall, who manages the Intranet Innovation Awards.) 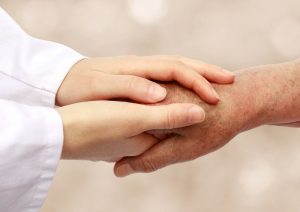