Home » Articles » When a crisis hits: intranet recovery and beyond When a crisis hits: intranet recovery and beyond

Intranet and internal communication teams have stepped up to the challenges of the pandemic in remarkable ways. Diving head-first into keeping employees informed and engaged as the situation has changed day-to-day, the value delivered by these teams is clear to all.

As economies and organisations start to see ‘green shoots’ of a recovery, the question is: where next for intranets, and the teams that support them?

This article explores how teams can support the recovery process, and ultimately position themselves for the intranet ‘reboot’ they’ve wanted to do for some time.

#intranet and #internalcomms teams provided employees remarkable support during the pandemic; now is the time to plane for a recovery, and then reboot

From response to reboot 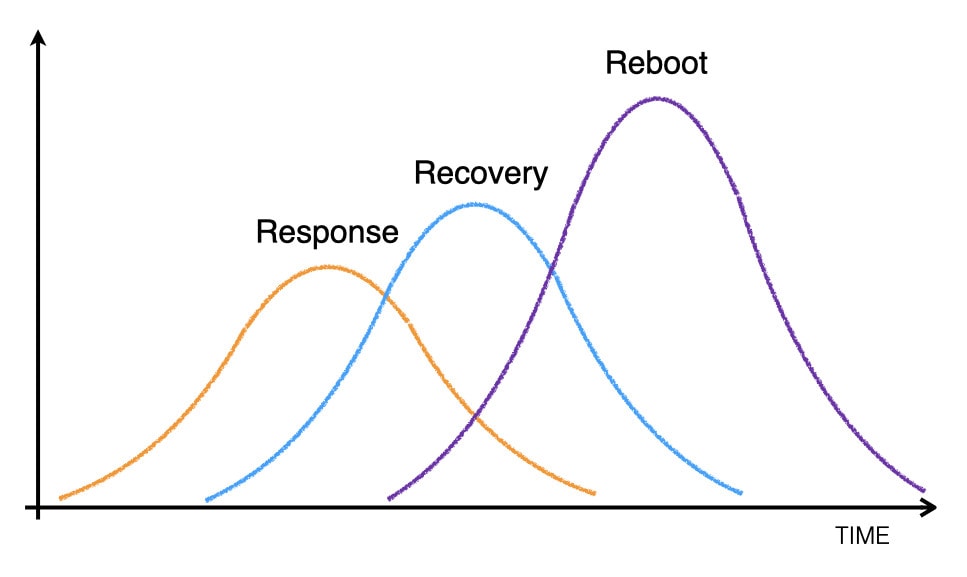 From responding to the crisis, through to delivering a radically better intranet

Reflecting the impact of the current crisis, but also planning for the future, intranet teams should consider three phases of activity:

Each of these is outlined in the coming sections.

When the global pandemic struck, intranet and internal comms teams were immediately thrown into crisis communications. New sections of the intranet were added to outline:

Messages were sent out daily in many instances, and the ever-changing nature of the current crisis have kept both central teams and decentralised authors on their toes.

In many cases, cloud-based solutions have been the only practical way of reaching all employees, with remote working infrastructure such as remote desktop and VPNs being overwhelmed by demand they were never designed to meet.

The work done by Region Skåne on their  intranet Covid-19 response is a great example of how this can all come together, quickly!

More than just a demonstration of why digital tools are valuable, the response has fundamentally been about people. All of this effort has made a real difference to organisations, and the people within them. Teams can be rightly proud of the work that they’ve done during this extraordinarily difficult time.

As pandemic restrictions ease, and a new ‘new normal’ starts to set in, it’s critically important to start thinking about the recovery process, for organisations and the people within them.

Sooner, rather than later, employees will want to see positive actions and outcomes. This can take many forms:

In the recovery phase, there’s an opportunity to consolidate the use of tools that were rushed into service, such as new collaboration tools. Steps can be taken to build on early successes, and to then ensure ongoing sustainability.

It’s also a time to ‘heal the hurt’ culturally, focusing on re-doubling the degree of staff engagement and staff support.

Like the initial response, intranet, internal comms and IT teams will continue to demonstrate the value they offer, and the steps they can take.

Employees will be crying out for some positive steps, beyond the initial reactions, and #intranets will continue to show their value during this recovery phase

The world of work won’t be returning to the way it was. Collaboration tools — and the behaviours and skills that went with them — were once considered nice-to-haves for the future, but are now an integral part of most working days. Digital tools more broadly have also demonstrated how they can be the glue that keeps organisations together, and working productively.

Intranet, internal communication and IT teams have also demonstrated their value in a crisis, and have built a stronger reputation as a result. No longer the mere administrators of little-considered platforms, teams have shown their ability to get the job done, and provide what their organisations needed.

For these reasons, there is an opportunity to initiate a ‘reboot’ of the intranet platform, something that’s been desired for many years. In the past, intranets tended to skew towards the content and communication aspects of the five purposes of intranets. Now a more balanced platform can be delivered, that unashamedly aims to foster a richer culture, as well as enabling comprehensive social and collaboration activity. Intranets should also aim to play a stronger role as an ‘enterprise front door’ for organisations.

New tools introduced into organisations during the crisis may underpin these new capabilities, or existing platforms may be further exploited.

Having stepped up to the challenge during the pandemic, #intranet teams should build on their successes and aim for the long-desired reboot

The first thing to highlight is that as per the diagram, the three phases overlap. As teams are in the middle of delivering the current phase, they should be starting to think about the phases to come. This allows teams to more smoothly ‘pivot’ from one set of activities to another, as well as maintaining the momentum that’s built up during the crisis.

That being said, intranet teams are impacted every bit as hard as every other employee. Realistic ambitions should therefore be set from the outset, so teams don’t attempt to take on a ‘super human’ task. For this reason, the three phases won’t happen overnight, and they may be spread out over a year (or even two!).

So jump straight into helping now, but keep an eye to the future, and never forget the value that a great intranet can deliver.

Getting a new intranet during a pandemic: move fast, but put these six elements in place for long term success 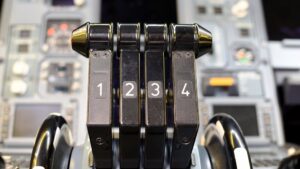 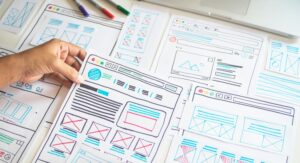