Often it’s difficult to tell exactly who is using an intranet, and how they are using it. Obviously, some research is required to help answer these questions, but what technique can capture the tacit knowledge without shadowing users in an uncomfortable and expensive way?

A relatively recent research technique that can be very useful in this situation is known as a ‘cultural probe’. In essence, the technique involves getting users to give you information without you actually being there. Often this means giving them a diary to write things down in, but the technique can make use of all manner of objects.

The name of the technique usually raises some eyebrows, but it is also known by other names, such as: ‘diary study’, ‘cognitive probe’, ‘reality research’ and ‘multimedia study’.

In a departure from the typical KM column format, this article follows an interview with well-known proponent of probes, Gerry Gaffney, founder of Melbourne-based user experience consultancy Information and Design.

Step Two Designs recently talked with Gerry about his experience in using cultural probes, in particular for intranet design research.

S2D: What are cultural probes?

GG: First of all, I don’t like the term probes. It’s not a very client friendly term. To me, it’s a bit like saying ‘heuristic evaluation’ — while practitioners might have some idea what we mean by those terms, and even that in my experience is not a given — clients certainly don’t know what we mean by it.

Having said that, ‘cultural probe’ is actually a very good description of what these things are about. If you think about a probe as something you send off into the unknown — typically I use the analogy of a space probe like Voyager — it’s something that goes somewhere where we can’t go ourselves and transmits back data. So ‘probe’ is a very appropriate word.

And ‘cultural’ is a very appropriate word too, because it is looking at culture in terms of the way people act, behave and what their beliefs are.

But while it’s a very accurate name, it’s still rather obscuring. I would typically use the term ‘diary study’ when talking to a client because people will know what you mean, which is you give people a diary and ask them to fill it in every day, or whatever.

That’s essentially what a cultural probe is about, you give people the materials to enable them to self-report and send information back to you. 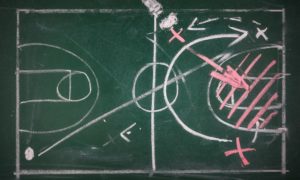 Successful intranet teams have a plan of attack … do you need a hand with yours? 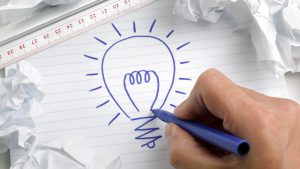 Five reasons why intranets are the ideal playground for design thinking