The appetite for enterprise mobile functionality
Written by: James Robertson

I’ve been in New Zealand this week doing client work, and one of the client sessions that I facilitated highlighted the very real appetite and demand for enterprise mobile functionality.

The client in question has a pretty typical intranet: well-structured and content-rich. Future visions might be expected to include further upgrades to the staff directory, more collaboration tools, two-way communications and more online forms.

One word came up time and time again, however: mobile. From senior management down to the intranet team, everyone described a world in which staff could access enterprise information wherever they were.

This was more than just a mobile stylesheet for the whole intranet. Instead, the desire was to deliver key content (and often tools) that staff need on their mobile phones or iPads.

A key manager described the needs of a key audience, highlighting how often they were away from their desks, and how much time was spent in meetings. They outlined a vision where their mobile devices, based on GPS information, would deliver contextual information and tools based on whether they are at their desks, in the meeting rooms, or at airports.

Powerful stuff. It was also fascinating to see how quickly the consumer experience of modern phones was driving enterprise thinking, much faster than previous technology shifts.

Of course, this is a huge challenge for intranet teams, IT teams, and technology vendors. We’re going to need some quick movement to meet staff expectations! 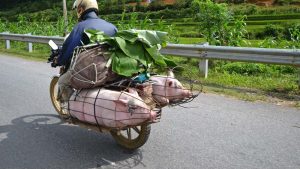