Home » Insights » Intranets were never meant to be so centralised

Intranets were never meant to be so centralised
Written by: James Robertson

Intranets were first created as a hobby project in most organisations, meeting some small need or targeting one group of staff. The potential benefits were quickly recognised, and intranets spread throughout their organisations in an organic way. Before long, intranets consisted of thousands or tens of thousands of pages, published by almost every business unit.

In time, the value of this started to be recognised by organisations, along with the need to better manage these sprawling sites. Intranet teams were born, and structure and order were brought to intranets. Perhaps in reaction to the mess created by sustained organic growth, many intranet teams instituted rigid publishing policies and formalised workflow.

Intranet authoring became more tightly managed, restricted to just a few authorised publishers in each business unit. In the process, intranets became “read only” sites for the majority of staff, useful at their best but too often out of date.

Unnoticed, we quietly came to a fork in the road, and went down the route of traditional, formalised publishing. Which is a pity.

Intranets were never meant to be so centralised, so reliant on just a few to maintain thousands of pages. This is not realistic, and it’s not effective.

When wikis came along, they were therefore seen as a revolution, a new way of managing content. Death to the stuffy old intranet, bring on enterprise 2.0 and intranet 2.0. In the process, however, too many of the lessons learnt from “traditional” intranets have been forgotten in the naive belief that “content will manage itself”.

What we need to do, as always, is find the middle path. Intranet content was always intended to be maintained by many staff, those with the actual knowledge. On top of this, we then need all the benefits that come from best practice usability and information architecture, including great navigation and search.

This doesn’t mean an end to centralised intranet teams, quite the opposite. The need for true leadership has never been greater, we just need to combine it with a return to the democratic vision of intranets that originally existed. 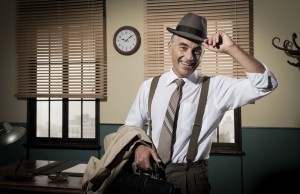